Proposals to redevelop part of Lakeside 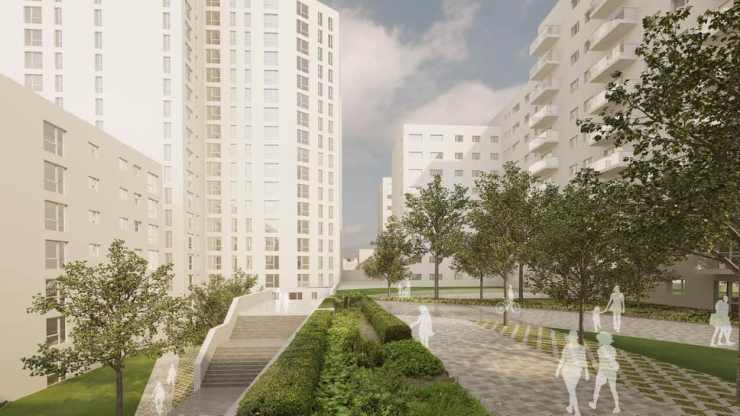 CAR parks and House of Fraser could be demolished to make way for 1,000 new homes at intu Lakeside.

Intu unveiled its vision to create a new community on part of the shopping centre.

The plans would see up to six residential blocks built to replace two multi-storey car parks at the south end of the centre, as well as the part of the centre currently occupied by House of Fraser.

It follows tough trading conditions which led the firm, intu, to consider mixed uses for its sites.

The six blocks would consist of more than 1,000 modern homes to rent, catering for individuals, couples and families.

Early designs for the development also include public and private open spaces, a gym, shops, cafes, restaurants and lakeside views.

The site would be designed to be integrated with the existing building of the shopping centre.

Martin Breeden, development director at intu, said: “Our aim is to create something very special, that will sit alongside an established and thriving destination where we have already invested £72million in a fantastic new leisure development.

“Our long-term vision is to create a vibrant new community right on the doorstep of one of the UK’s best retail and leisure destinations.

“For us, it’s a vision to build a place for people to live, play, shop and work.”

The new 1,000-home development, should it go ahead, would be in addition to a separate application for 2,500 homes to the north of the shopping centre.

The development plan, which includes a school, was submitted in an application by London Strategic Housing, and is being proposed for the former site of the stock car and speedway racing track Arena Essex, which closed last year.

Both plans, within a mile of each other, are all part of the drive to reinvent Lakeside as a town in its own right.